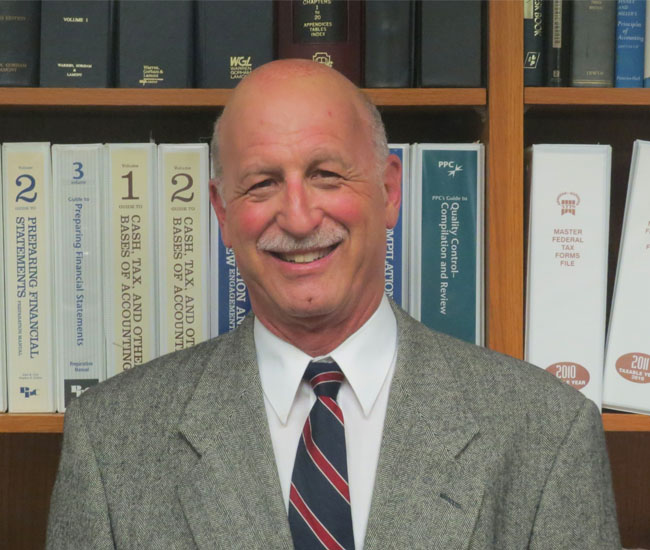 Eliot is a native of Long Island, New York who relocated to California at an early age. He graduated from Miraleste  High School in Palos Verdes and later earned a Bachelor’s degree in Civil Engineering from UCLA. While attending UCLA, Eliot played the trumpet as a member of the UCLA Marching, Basketball, and Concert Bands performing at   and watching UCLA sporting events and concerts. A true Bruin, Eliot even met his wife Jodie (also a trumpet player) while in the UCLA Band.

After graduating from UCLA, Eliot attended Cal-State Northridge, and graduated with a Master’s degree in Accounting.  His accounting career began as an auditor with Alexander Grant & Co. (now Grant Thornton).  Eliot earned his CPA certificate after passing all four parts of the CPA exam in one sitting.

He moved into in the private industry sector and held controller positions with several small and large companies. His responsibilities in this area included human resources, computer networks, and pension administration.  Eventually Eliot returned to public accounting, where he now assists individuals and small businesses in solving their tax and business issues.  He is also a Certified QuickBooks Online ProAdvisor and has taught computer classes in Excel, Word, Access, and QuickBooks.

A huge baseball fan, Eliot still follows UCLA sports and continues to play the trumpet, now with the UCLA Alumni Band.  He has been married to Jodie for many years. They like traveling to faraway places where they can enjoy the culture and Eliot, a talented photographer, can capture the sights with his camera.